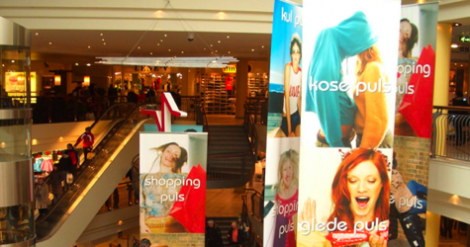 Tromsø, relatively speaking, is a fairly young city; the people here celebrated its bicentenary as recently as 1994. On the small island of Tromsøya, Tromsø was in the early years sometimes known as “the Paris of the north.” This nickname was invented when the city was still in the developmental stage and was highly influenced by many foreign cultures and countries, France being one of them. A more appropriate nickname is “the gateway to the Arctic,” which has to do with the expeditions by famous explorers Fridtjof Nansen and Roald Amundsen (they started at the port here) and because Tromsø is the primary link to Svalbard. The Arctic Ocean has also been important to fishermen. Both seal hunting and whaling have been conducted here for centuries. Still another nickname is “midnight fun city,” referring to the large number of pubs and bars here. Tromsø actually has more bars, pubs and nightclubs per capita than any town in the country. The city also has the northernmost university in the world, which means the population is young. About 10% of the city’s population are students.

The bridge you have to cross to reach the city by car is 1,000 metres (3,000 feet) long and 43 metres (130 feet) high. There used to be so much traffic on the bridge that an underground tunnel had to be built just north of it, but the bridge is still the best way of entering the city because of the views. You can also walk across the bridge, which gives you a good view of the city, probably the secondbest view you can get. The best is undoubtedly from the Storsteinen viewpoint, which you get to before crossing the bridge into town, via the cable car named Fjellheisen. This will seem like a touristy thing to do and it is, but there is still plenty of room at the top to get away from the crowds and the view from up here at 420 metres (1,260 feet) must be experienced before you leave the city.

The University of Tromsø is widely known for its research on the Arctic Region and in 1998 the Norwegian Polar Institute moved its headquarters from Oslo to Tromsø. Later on that summer, Polaria opened its doors to the public and immediately became one of the most popular attractions in the city. Polaria (not to be confused with the Polar Museum, which is in a completely different building across town) is an adventure center devoted to the Arctic, including the environment, wildlife and some of the phenomena that occur, most notably the northern lights.

The guided tour starts with the panorama film made by a famous producer named Ivo Caprino. The film was shot with five cameras attached to a helicopter flying above Svalbard. If you hadn’t planned on making a trip to this archipelago in the Arctic before, you might change your mind once you see the film.

Polaria is easy to spot in Tromsø. Just a short walk from the city center, its exterior is reminiscent of five giant ice blocks leaning on each other like dominos.