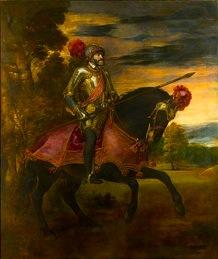 Overview of the Museum

The Prado (Museo del Prado) is Spain’s most coveted art museum as well as its most visited, and no doubt the highlight of any trip to Madrid. Notwithstanding its formidable collection of works by the Italian and Flemish schools and, to a lesser extent, the French, the Prado boasts the greatest selection of Spanish masters in the world; a few days alone could be spent admiring the rooms devoted to Goya, Velázquez, El Greco and many others.

[ Page of interest: Best of Spain ]

The foundation of the collection, which today numbers over 7,000 paintings (of which space is currently available to show only a fraction, with controversial plans for expansion projects nearing completion on the Prado as well as Madrid’s other two major museums), reflects the private acquisitions of the Spanish ruling class under a succession of rulers. Ferdinand VII was responsible for bringing all of the collections together under one roof in what was previously the Museum of Natural History and Academy of Science, built in 1785 under the guidance of Juan de Villanueva. In 1819 the building was converted into the Royal Museum of Painting and Sculpture and in the ensuing years, the collection has continued to expand.

Art of Titian, Rubens and Bosch

The Habsburg and Bourbon monarchs are credited with the greatest contributions: Carlos V (1516-56) was an avid collector of Titian (1477-1576), whose depictions of the king and his successor are not without high merit. Felipe II (1556-98) expanded upon his father’s collection and added the lurid works of Rubens (1599-1660) and Hieronymus Bosch (1450-1560), whose whimsical Garden of Delights is for many the most pleasing work on show. It is composed of a central canvas flanked by two unfolding wings, all awash with beasts and strange manifestations of sexual indulgence; not surprisingly, it is credited as the precursor to Surrealism.

Art of Velázquez and Goya

The third major collector was Felipe II’s grandson, Felipe IV (1621-65), whose court painter Diego Velázquez contributed a wealth of his own paintings when he wasn’t dispatched to Italy with the charge of purchasing art on behalf of the crown. When the museum’s Sala de Velázquez was inaugurated in 1899, the American essayist Katherine Lee Bates wrote, “In the Museo del Prado Spain does not surrender to the United States. While we were nailing wolves’ heads on Barnstable meeting houses – having no Gothic cathedrals at hand – and fighting the forest with axe and hoe, the court painter of Felipe IV was artfully coloring those canvases which, after 300 years, remain the delight and the despair of art.” Of the 100 or so works Velázquez completed in his lifetime, at least half are claimed by the Prado, including his masterpiece, Las Meninas (The Maids of Honor). The work of Francisco Goya (1746-1828), court painter for Carlos IV, spans the artist’s evolution from his lighthearted depictions of daily life in Madrid to his brutal views of war and the penultimate ‘black paintings’ (Pinturas Negras), accomplished in the twilight of his life and characterized by dark and brooding scenes; the most unsettling of these is Saturno Devorando a Su Hijo (Saturn Devouring His Son) and needs no explanation. Goya’s greatest works are devoted to the cruelties that arose from the Revolution of 1808, christened El Dos de Mayo and El Tres de Mayo.

Art of El Greco and Others

A number of important paintings are on display by the Cretan-born artist Domenikos Theotocopolous, more popularly known as El Greco, though some might argue that his greatest accomplishments reside in Toledo, where the artist spent the bulk of his career. With time to spare, the work of other notable Spaniards can be appreciated, including Murillo, Zurbarán and Ribera; Van der Weyden is another jewel of the Flemish masters and, of the Italians, there are creations by Raphael and Botticelli, to name a few. Smaller, but no less significant collections satisfy those fond of the French, German and Dutch schools.