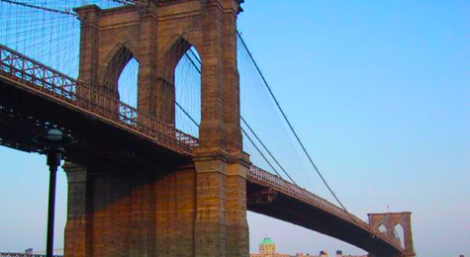 Long Island is about 100 miles long, and is the largest island adjoining the continental United States. Its widest point spans about 20 miles. The island reached its present geological form about 6,000 to 8,000 years ago.

Long Island’s two counties, Nassau and Suffolk, are divided into townships. The island’s only two cities are in Nassau County. Glen Cove, which at the time had only 27,000 residents, became a city in 1918, and Long Beach in 1922. Within each township are countless villages and hamlets.

Nassau and Suffolk counties have populations of 1.2 million and 1.3 million, respectively, and Long Island, 2,698,800, nearly 27% of them Italian Americans. The fastest growing town here is Brookhaven, founded in 1645, and now with a population of 430,000.

Long Island has 23 state parks and more than 50 county parks, including three with bird-watching, nature trails and picnicking facilities: 153-acre Nissequogue State Park in Kings Park; 40-acre Cold Spring Harbor on Route 25A; and 98-acre Shadmore in Montauk. It also has more than 100 museums and some 7,000 extant structures built prior to the 20th century.

Access to the Island is by bridge or tunnel, via Queens and Brooklyn. Bridges are the Triboro (from Manhattan or The Bronx), Whitestone and Throgs Neck (from The Bronx), the Queensboro, a/k/a the 59th Street Bridge (from Manhattan), and the Verrazano Narrows Bridge (from Staten Island). Tunnels from Manhattan are the Midtown Tunnel and the Brooklyn-Battery Tunnel. The major east-west routes on Long Island are the Long Island Expressway (tagged the “Big LIE” because of frequent traffic tie-ups), Northern State Parkway, Southern State Parkway and Sunrise Highway. North/south routes include the Cross Island Parkway, Meadowbrook State Parkway and Wantagh State Parkway.