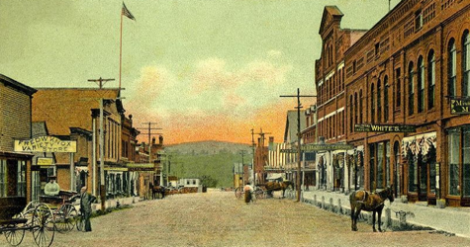 With lofty peaks and winding valleys carved by boulder-strewn streams, Maine’s Western Mountains evoke a sense of timelessness. The hills here are old, as are the tidy towns and farms that nestle below them. It was not the mountains, but rather the fertile soil on the flood plains of the rivers that first attracted settlers. Even today travelers along the busy state highways look out over fields of corn and hay sandwiched between the riverbanks and the road.

While the forest products industry is strong here with paper mills in Jay and Rumford and wood products mills scattered throughout, the landscape remains largely pastoral with numerous family homesteads and dairy farms.

The Western Mountains are an outdoor recreation paradise. Within this region you’ll discover several parks like Mount Blue and Grafton Notch, and portions of the White Mountains National Forest, and the Appalachian Trail’s admitted toughest mile through Mahoosuc Notch. Many peaks rise more than 4,000 feet. Paper company roads and off-season ski areas provide for a wide array of mountain biking opportunities.

Depending on water level, streams and rivers are ideal for rafting, canoeing or fly fishing. The renowned Saco River, with its meandering turns and sand bars, is a favorite spot for day-long family float trips.

In towns like Bethel, golf courses and grand hotels await. Jewel-like lakes are a swimmer’s delight.

The jewel of all lake regions in Maine has to be Rangeley, whose water areas come with tongue-twisting names like Mooselookmeguntic. The view from Height of Land, along Route 17 on the way into the region, is among the prettiest in the eastern United States.

Farmington is a busy commercial hub offering easy access to all major features of the area.

The Western Mountains, which run through Maine and New Hampshire, are big snow country. Located just east of the massive Presidential Range in nearby New Hampshire, the snows come early, stay late, and are apt to lie several feet deep for much of the winter. Often, there is good spring skiing into May.

While summer hikers, bikers and campers keep businesses busy, and the fall foliage is among the most spectacular in New England, ski season is the boom time here. Downhill ski areas such as Sugarloaf in Carrabassett and Sunday River near Bethel boom as soon as nighttime temperatures allow snowmakers to ply their trade. That, combined with bountiful natural snow, makes for a skiing experience many say rivals that offered by resorts in the Rockies. Nordic skiing fans will not be disappointed either, as most major ski areas groom cross-country trails and several establishments cater only to those who seek the solitude and rhythm of kick and glide. Snowmobilers too flock to the trails that traverse the area, running from the New Hampshire border to Canada.